After nearly 4 years of anticipation, Blizzard has finally released the third installment in the Diablo franchise. The heroes who saved the world in Diablo II: Lord of Destruction, have since gone mad. It is up to you, a new generation of heroes, to battle the forces of evil threatening Sanctuary, the dark fantasy world of the Diablo series. Arqade designed a series of Acts and Gems users earned as they set out to battle the minions of Hell. Those who were brave enough to attempt the Acts earned both eternal glory and cool prizes. 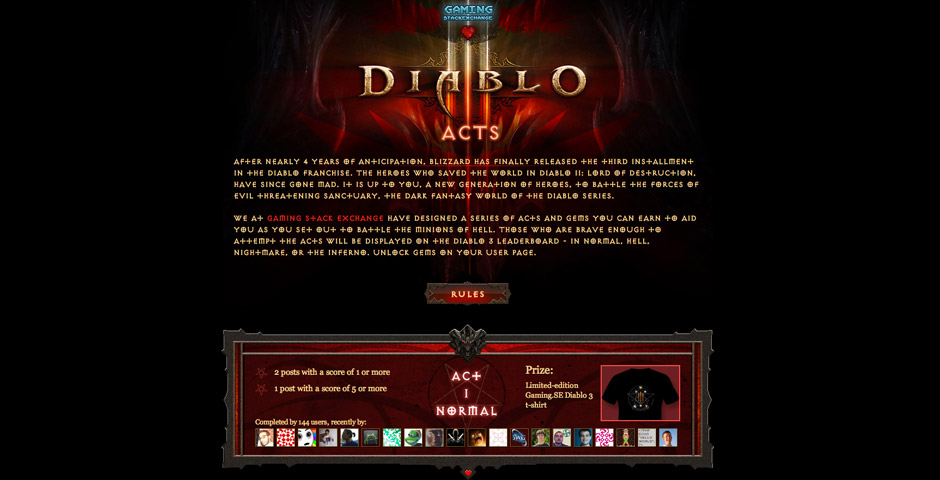 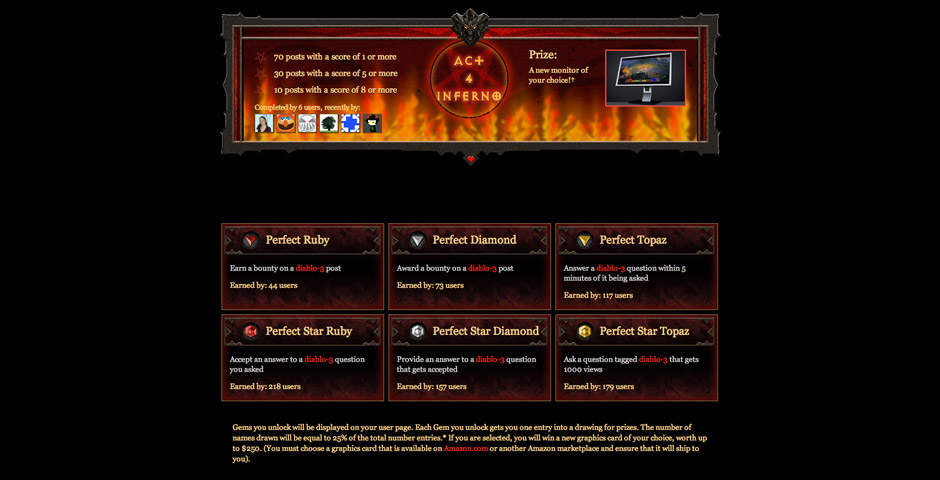