Winter Bash 2012 was so much fun that we released a new batch of hats and other avatar accessories for users to don during the 2013 holiday season. Hats were awarded for a variety of Q&A, meta, and chat activities � there was even a super-secret hat for correctly guessing why the secret hats were awarded! We introduced a network-wide leaderboard, as well as the ability to reposition hats on your avatar. 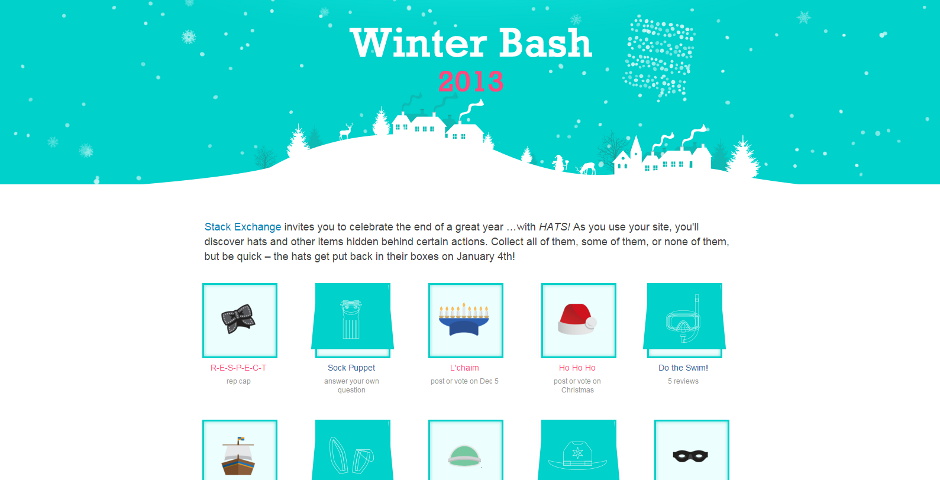 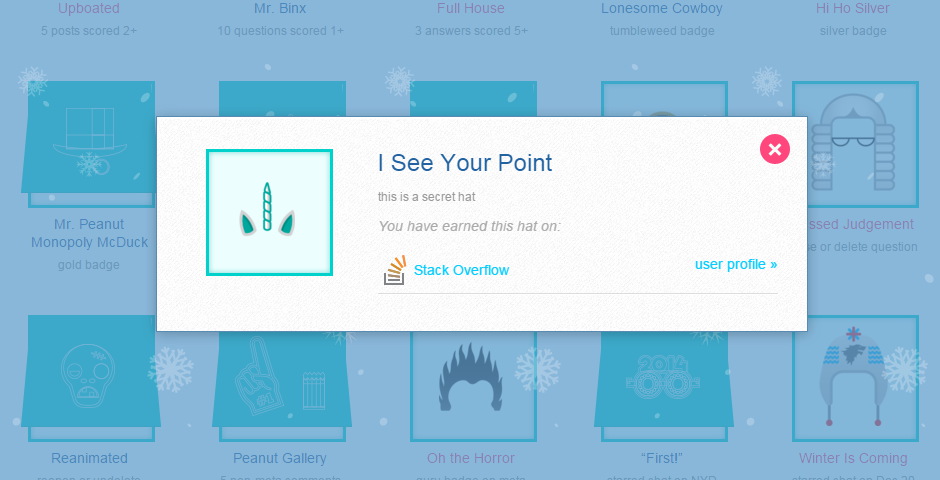 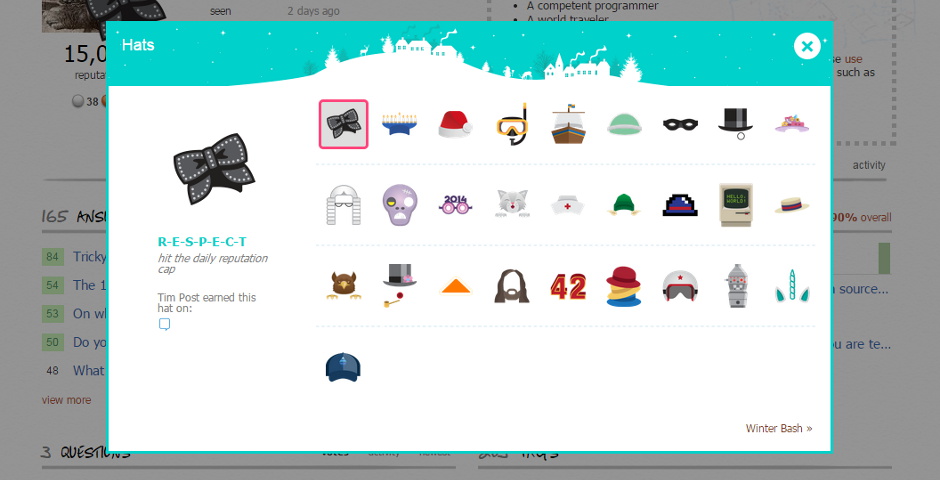 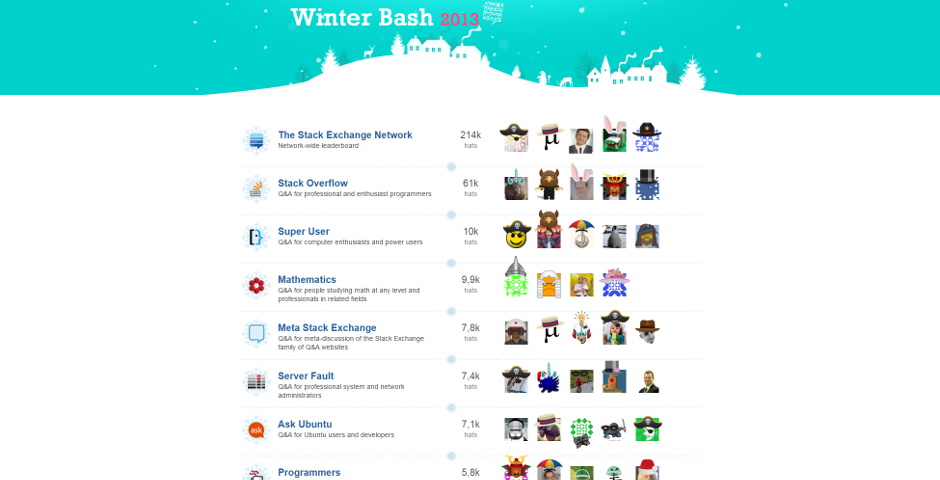