In Mid-March, Blizzard released the first expansion pack to their highly anticipated game, Starcraft II. As the second chapter, titled Heart of the Swarm, unfolded, Stack Exchange celebrated the release with an event on Arqade. By tracking their progress at AnswerSwarm.com, users rose through the leagues to win some awesome prizes. The bravest gained vengeance in addition to bragging rights. 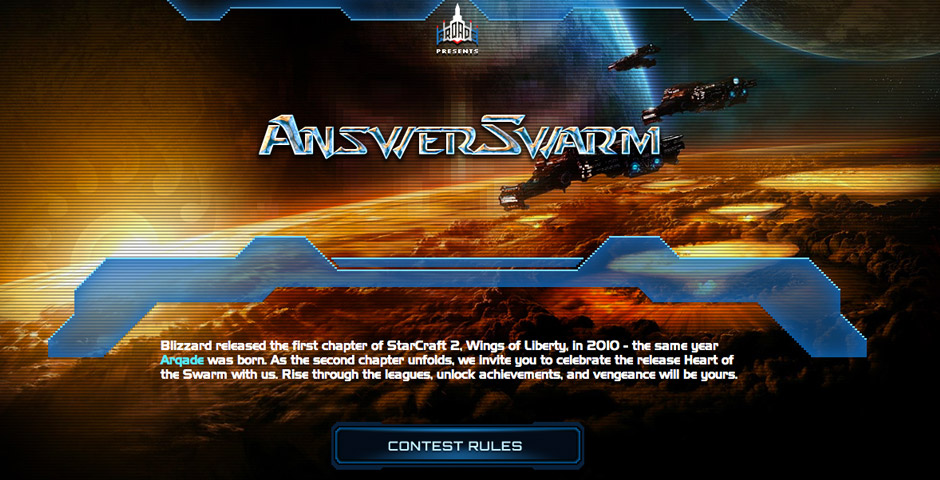 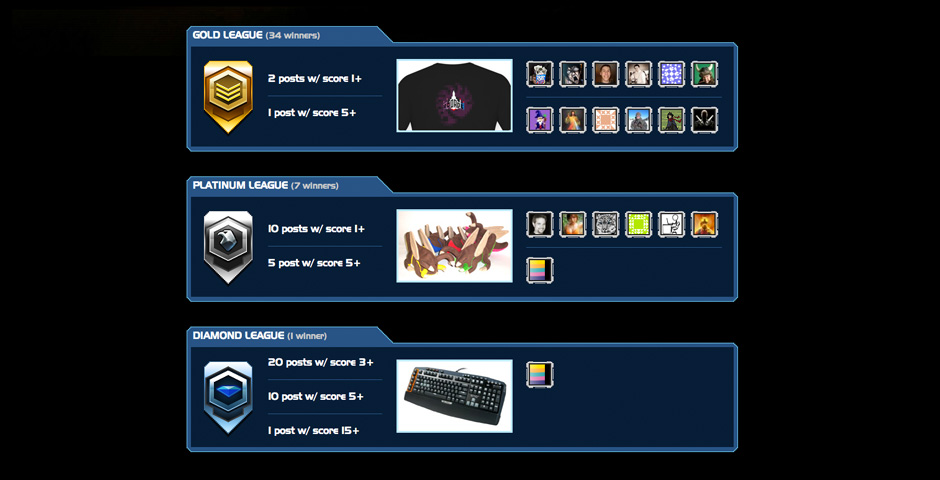 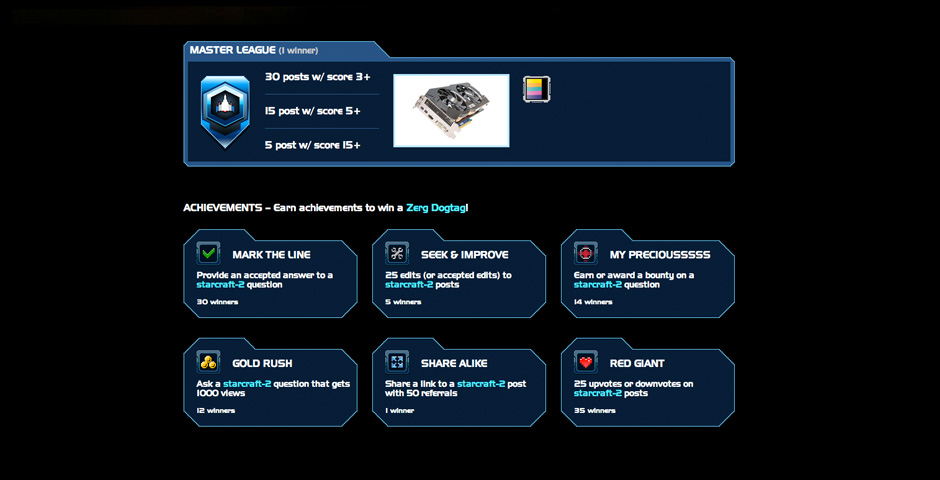 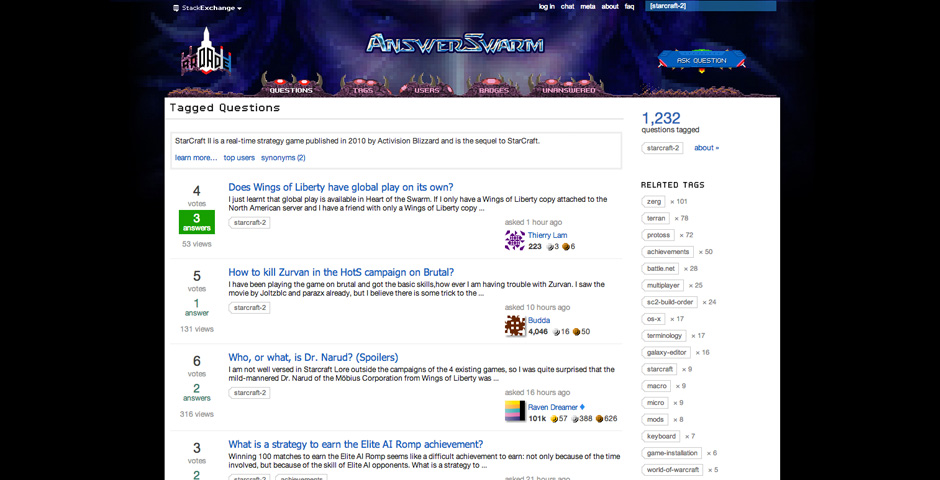